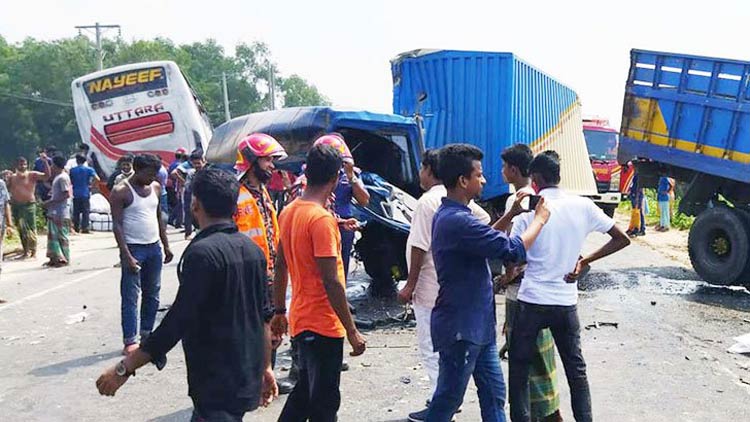 Three people were killed and eight others injured in a three-way truck, covered van and bus collision at Kalihati upazila in Tangail district on Friday morning.

The identities of the deceased could not be known yet.

Elenga Fire Service and Civil Defence Station officer Russell said a truck of Mofiz Agro Foods collided with a Dhaka-bound covered van coming from the opposite direction in Charbhaban area on the Dhaka-Tangail highway around 10:30am.

After a while, a Jamalpur-bound bus of ‘Nayeef Paribahan’ collided with the vehicles, leaving one dead on the spot and ten others injured.

Three of the injured were taken to Tangail General Hospital in critical condition where, later, another two died.