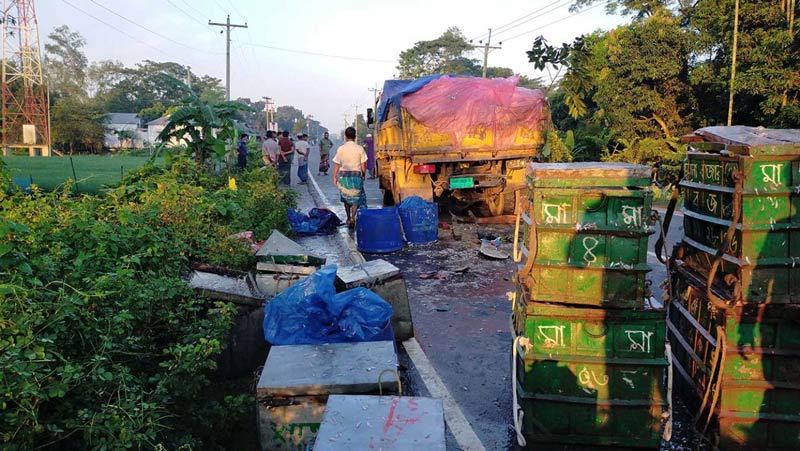 Three people were killed and two others injured when a pickup van hit a stationary truck at Sadar upazila in Netrakona district early Saturday.

Quoting witnesses, police said a Dhaka-bound fish-laden pickup van coming from Sunamganj rammed a stationary truck as its driver lost control over the steering on the the Netrakona-Mymensingh highway in Bagra area at about 3:00am.

The two fish traders died on the spot in the accident while three others sustained injuries.

Chan Miah died on way to Mymensingh Medical College Hospital while other injured were sent to Dhaka for better treatment.