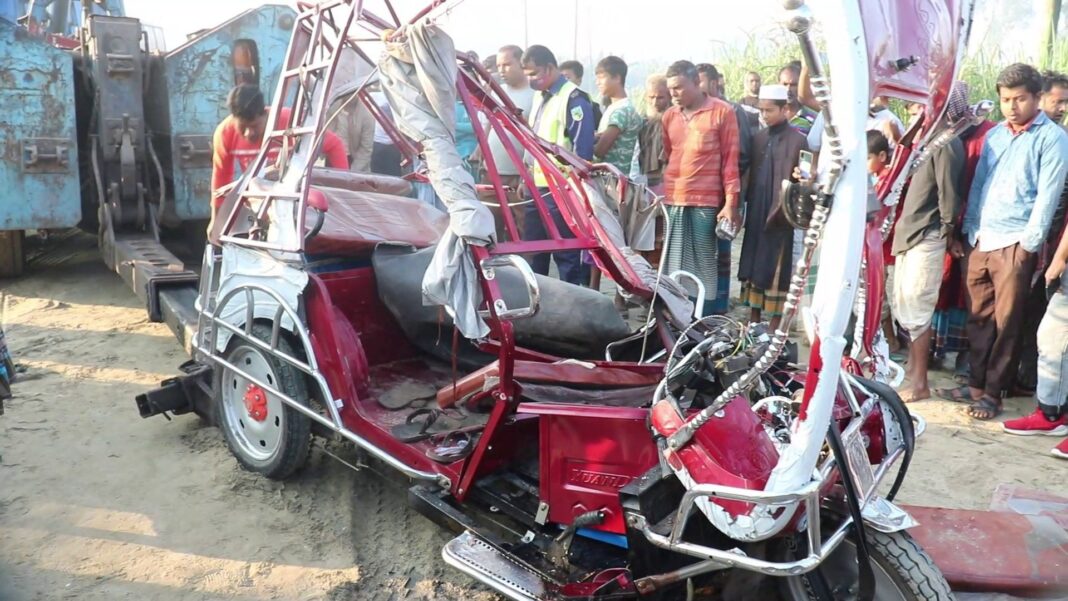 At least six people have been killed as a bus rammed into an auto-rickshaw at Gobindaganj upazila in Gaibanda district.

The identity of the deceased could not be known yet.

The incident took place on the Dhaka-Rangpur highway at Bakchar area around 7:00am that also left two pedestrians injured.

Police and locals said a bus of ‘Hanif Paribahan’ hit an auto-rickshaw, leaving three passengers of the auto-rickshaw dead on the spot and three others injured.

The injured were taken to Gobindaganj Upazila Health Complex but another died on the way.

However, the two others were declared dead at the health complex on arrival.

Regarding the matter, Gobindaganj Highway Police Station officer in-charge Khairul Bashar said police seized the killer bus but its driver and his assistant managed to flee the scene.

Police are trying to know details of the deceased, he added.