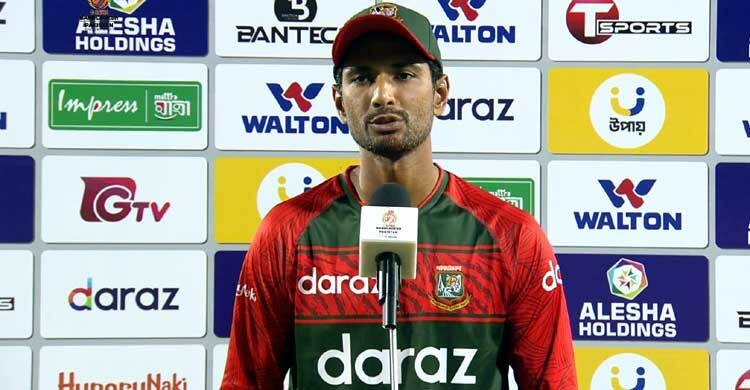 Bangladesh T20I captain Mahmudullah Riyad blamed the failure of the top-order batters after their four-wicket defeat to Pakistan in the first match of the three-match series on Friday at Sher-e-Bangla National Cricket Stadium.

Bangladesh scored 127 for seven in 20 overs in this match, and in reply, Pakistan ended up on 132 in 19.2 overs losing six wickets and won the match by four wickets to take a 1-0 lead in the series.

Bangladesh collected only 25 runs for three wickets in the powerplay— another lean show by the Tigers in the first six overs in the T20Is.

“When we chose to bat, it looked a good wicket to bat on. But there was help for the bowlers as well. It’s not an excuse. We should have put on a better performance with the bat, especially top of the order,” Mahmudullah said after the match.

“We were very close. In the end, credit goes to the last two batters of Pakistan (Mohammad) Nawaz and Shadab (Khan) who batted really well for them,” Bangladesh captain added.

Pakistan also lost some quick wickets, but in the fifth wicket stand, Fakhar Zaman and Khusdil Shah added 56 runs on the board which helped them put some pressure back on Bangladesh.

In the end, 8-ball 18 by Mohammad Nawaz and 10-ball 21 by Shadab Khan helped Pakistan seal the game with four balls and four wickets in hand.