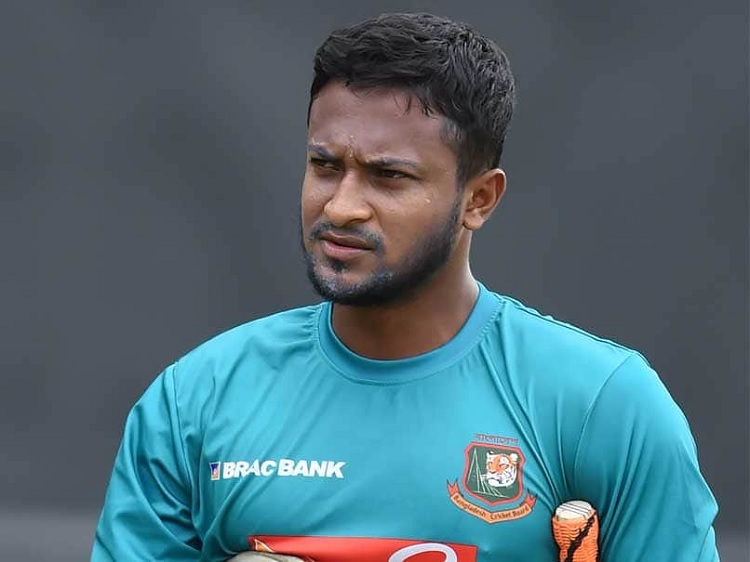 The BCB president Nazmul Hassan Papon confirmed the news, saying that the allrounder feels that he needs a break from continuous cricket to keep him refreshed.

Shakib officially applied for the leave on Saturday, just a few hours after the BCB announced an 18-member squad for the New Zealand tour where Shakib’s name was included even though he verbally told the BCB president of his decision to skip the tour. The BCB president later advised him to apply for leave.

“Shakib’s case is different. He is not injured and he also had no intention to take a rest. He wanted a break because of a family emergency. Surely Shakib is our most important cricketer. There is no doubt about it,” Nazmul Hasan Papon said after a meeting with the board of directors at Hotel Sonargaon today.

“Any cricketer who wants rest or leaves will get it. BCB has no objection to that. However, the players should not apply or tell us about the rest and leave at the eleventh hour,” he added.

“The thing is that we want to know from them in advance. If they apply for leave just before any tour or series, it creates problem in team’s balance.”

The drama unfolded with Shakib’s decision to opt out of the tour when the selectors included his name in the New Zealand-bound Bangladesh team. It is believed the lack of coordination between the cricket management department and the selectors is widely exposed in this incident.

“There is nothing like coordination or embarrassment here. Everything is becoming unofficial before. That created a lot of dilemmas. In order to make it transparent– one thing is being emphasized and that is-the players have to inform everything officially,” Papon said.

Shakib will not go to New Zealand for the third time in a row as Bangladesh are set to visit the country for the fourth time in the last five years. Earlier this year, Bangladesh went to New Zealand to play three ODIs and the same number of T20 Internationals. Shakib took leave to be with his wife as they were expecting their third baby.

Although Shakib was the captain in 2019, he opted out of the New Zealand tour. Shakib last visited New Zealand in 2017 and that year, he hammered 217 in Test innings, which remains his best score in the longer version format. After the series against Australia at home in 2017, Shakib played only 8 Tests out of Bangladesh’s 26 Tests.

He however missed four Tests due to his one-year ban imposed by the ICC. In 2018, he applied for a six-month break from cricket but BCB gave him a break from the South Africa tour.

Despite touring New Zealand quite often, Bangladesh is yet to win any match in any format there.

So far Bangladesh played 32 matches on New Zealand soil across three formats and lost all. The first Test is from January 1-5 at Bay Oval in Tauranga while the second match is from January 9-13 at Hagley Oval in Christchurch.