Shakib nominated for ICC ODI Player of the Year 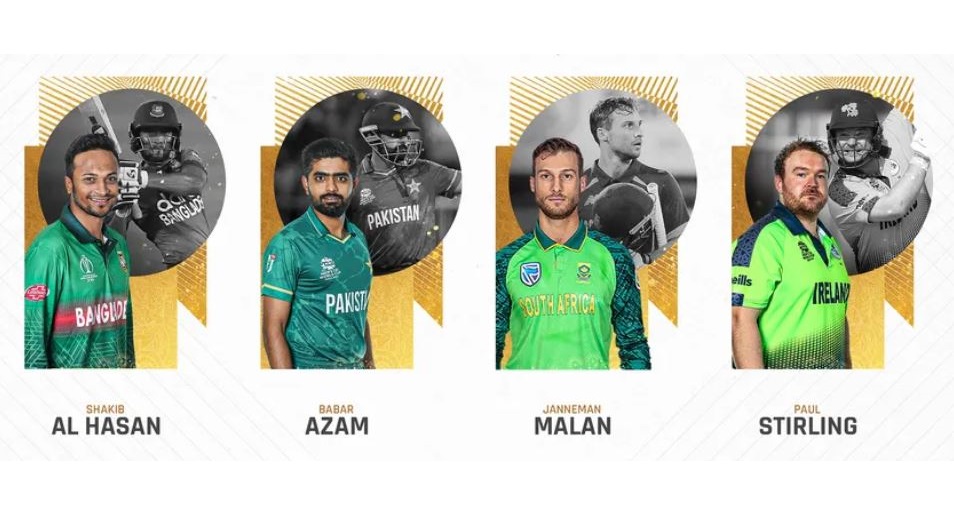 Talismanic allrounder Shakib Al Hasan has been nominated for the ICC ODI Player for the Year after a groundbreaking 2021 that saw him grab two man of the series award as Bangladesh won eight ODIs, out of 12 they played in the year.

In an another Covid-19-affected year and due to the T20 World Cup, most of the teams played a less number of ODIs but that couldn’t take the gloss of what Shakib achieved. The year indeed marked his return to the International cricket after serving a ban imposed by the ICC. It was not easy to make the return memorable one after such a long gap from the cricket but Shakib looked to come from another planet, BSS reports.

Alongside him, Pakistan captain Babar Azam, South Africa’s Janneman Malan and Ireland’s Paul Stirling got the nomination to be the ODI best of the year 2021. Shakib made 277 runs in nine matches at an average of 39.57 with two fifties and took 17 wickets at an average of 17.52.

Paul Stirling scored 705 runs in 14 matches at an average of 79.66 with three centuries and two half-centuries. Apart from Shakib, all other nominees are the batters.

After being nominated, ICC wrote Shakib Al Hasan marked his return from a two-year ban (suspended for one year) in style with a Player of the Series-winning performance against West Indies in January 2021.

Despite last playing an ODI in July 2019, there were no signs of rust as Shakib amassed 113 runs and scalped six wickets in Bangladesh’s 3-0 sweep.

Shakib endured a lean series against Sri Lanka at home, where he scored just 19 runs and snared three wickets in the three matches. However, he hit his stride in the three-match series against Zimbabwe, aggregating 145 runs
and accounting for eight wickets. He picked up his second Player of the Series award in the calendar year as Bangladesh completed yet another series sweep.

ICC picked up Shakib performance against Zimbabwe in the second ODI as his memorable show in the year.

It wrote, as he has done often for Bangladesh, Shakib came to his team’s rescue both with the bat and the ball in the second ODI against Zimbabwe at Harare.

Opting to bat first, Zimbabwe recovered after losing the openers in the Powerplay. Just when Brendan Taylor and Regis Chakabva were starting to look dangerous, Shakib broke the 47-run stand, dismissing the latter. He then picked up the wicket of the well-set Dion Myers for 34 and finished with 2-42 in 10 overs.

Chasing 241, Shakib walked out to bat at No.3 in the last over of the Powerplay. Bangladesh soon found themselves in a spot of bother at 75-4 at the end of 18 overs. The talismanic all-rounder first added 55 vital runs
with Mahmud Ullah before stitching a 28-run stand with Afif Hossain for the seventh wicket.

Zimbabwe had Bangladesh on the ropes at 173-7, at which point the visitors still needed 68 runs in 71 balls with just three wickets in hand. Thankfully for Bangladesh, Shakib was still at the crease, unbeaten on 63. With the support of Mohammad Saifuddin, he got the Tigers across the line with five balls to spare and wrapped up the series in the process as well.

Messi among 4 PSG players who test positive for COVID-19