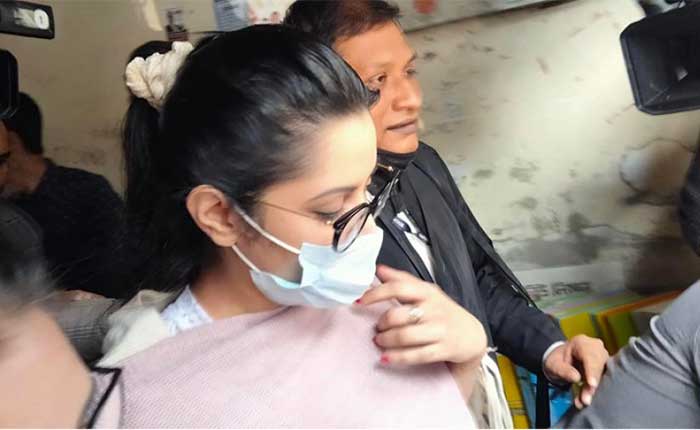 A Dhaka court on Wednesday framed charges against three persons, including actress Pori Moni, in a case filed under Narcotics Control Act.

The other two accused in the case are Ashraful Islam Dipu and Kabir Hossain.

Judge Mohammad Nazrul Islam of the Special Judge Court-10 of Dhaka set February 1 for the next hearing.

Earlier this morning, Pori Moni’s lawyer Nilanjana Rifat Survi filed a petition for their discharge. But the judge dismissed the petitions and framed charges.

Pori Moni and two others are currently out on bail in the case.

On October 4, the Criminal Investigation Department (CID) submitted a chargesheet against Pori Moni and the two others in the case.

CID inspector and also the investigation officer in the case, Kazi Mostafa Kamal submitted the chargesheet to the Dhaka Chief Metropolitan Magistrate’s Court.

Pori Moni was arrested on August 4, following a raid by RAB on her Banani residence. A case was filed against her under the Narcotics Control Act the following day.

On August 22, she was remanded in judicial custody again after inspector Kazi produced her in a court on the completion of a day’s police remand, her third.

On August 31, 2021, a Dhaka court granted bail to Pori Moni in the narcotics case until the submission of the chargesheet. She had walked out of jail the following day.