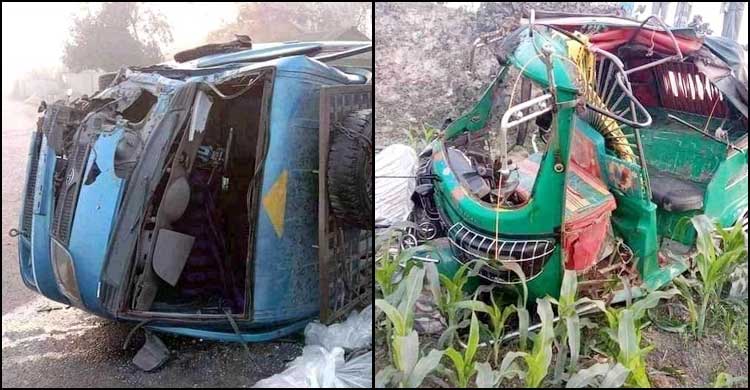 Three people, including a woman and her minor daughter, were killed as a pickup van smashed a CNG-run auto-rickshaw at Madhupur upazila in Tangail district on Friday morning.

The details of the deceased could not be known immediately.

Madhupur Police Station officer in-charge Tarique Kamal said a pickup van rammed into a three-wheeler at Madhupur bus stand area at about 7:00am, leaving the latter’s three passengers died on the spot and two others injured.

The injured were admitted to Madhupur Upazila Health Complex.

Police, however, seized the vehicles and brought those at the police station, he added.