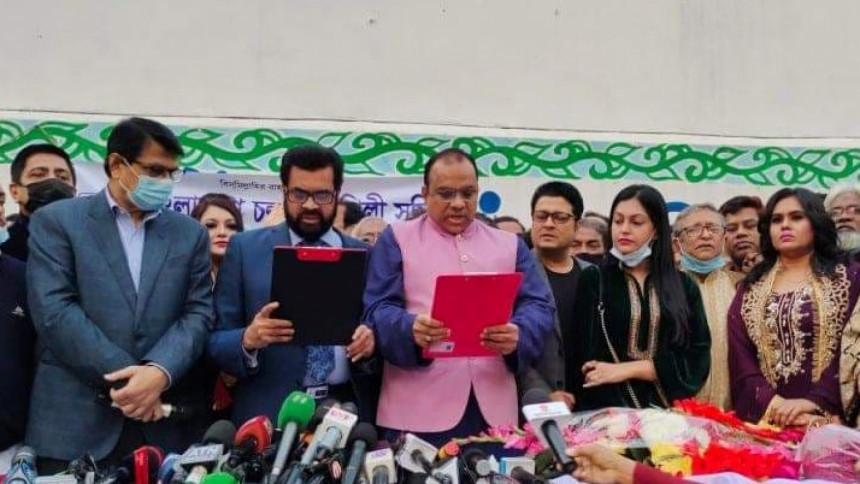 Recently disqualified general secretary elect Zayed Khan did not attend the programme. However, former President Misha Sawdagar was there to gracefully hand over his former position to Ilias Kanchan, at the ceremony.

The ceremony witnessed the absence of many of the executive panel members from Misha- Zayed’s panel.

“We called everyone and requested them to take part in the ceremony. Ilias Kanchan bhai personally called most of them. Anjana apa, Nadir Khan bhai have assured us that they will attend the future programmes,” said Symon Sadik.

Alamgir, Khorshed Alam Khosru, Amit Hasan, Sohanur Rahman Sohan, along with other election commissioners, were present at the ceremony.