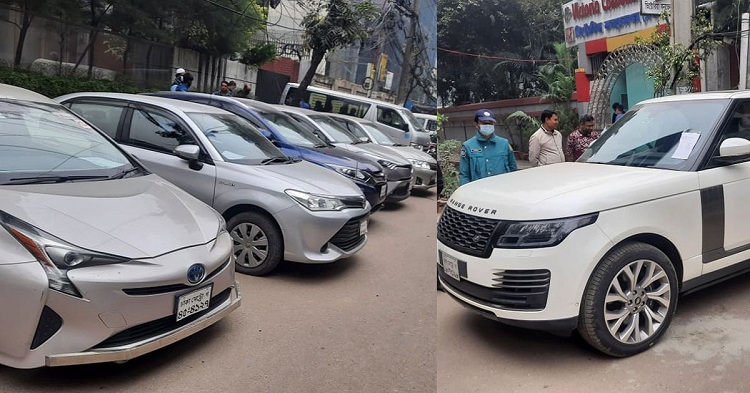 The court-appointed board of directors of e-commerce platform Evaly has sold seven cars of the company at auction to pay customers.

Seven buyers bought the cars at the highest bid after a long auction process. At the end of the auction, all the organizers and participants expressed their satisfaction.

Supreme Court’s former Justice AHM Shamsuddin Choudhury Manik, chairman of the board of directors, informed this after the auction at the Victoria Convention Center in Dhanmandi.

After the auction, Justice Manik expressed his satisfaction regarding the auction process and price.

“We are happy with the price of the car”, he said.

The E-commerce company Evaly’s Range Rover car has been sold at Tk 1.81 crore and 50 thousand. 15 people participated in the auction for this car. Among them, a person named Engineer Habibur Rahman bought the car at the highest price. At the beginning of the auction, the minimum auction price of the car was fixed at Tk 1.60 crore.

Evaly’s Toyota Prius car has been sold at Tk 17.30 lakh. A buyer named Mohammad Ripon Islam bought the car at this price.

The maximum price of the Toyota CHR model car of Evaly has been sold at Tk 23.80 lakh. A buyer named Proshanto Bhowmik bought the car at this price. The base price of the car was Tk 18 lakh.

The Toyota Axio model car sold at Tk 15.35 lakh. A buyer named Abul Hasnat Russell bought the car at the highest bid. The base price of the car at auction was Tk 9.18 lakh.

The highest bid of the second Toyota Axio model car was Tk 15 lakh. The base price of the car at auction was Tk 9.18 lakh. Proshanto Bhowmik bought the car with a maximum price of Tk 15 lakh. He bought two cars through the auction.

The buyers paid 17 per cent Value Added Tax (VAT) on the price of auction value of the cars.

FBCCI to set up trade center in UAE