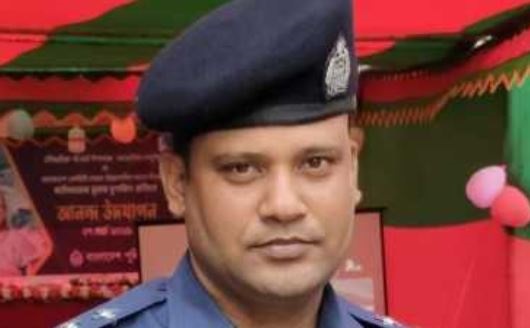 A police official was killed after being hit by an unknown vehicle on the Dhaka-Chattogram highway at early hours of Saturday.

Jahangir, a father of two children, died on the spot when the vehicle hit him while he was crossing the road near Daudkandi fire station in Cumilla.

Daudkandi Highway Police Abdus Sobhan said, “As soon as we were alerted that an on-duty cop was lying in a pool of blood in the middle of the road, a team rushed to the spot at 1am and took him to Cumilla Medical College Hospital.”

On arrival, the hospital doctors declared Jahangir dead, he added.

The body was kept at the Cumilla Medical College Hospital morgue.