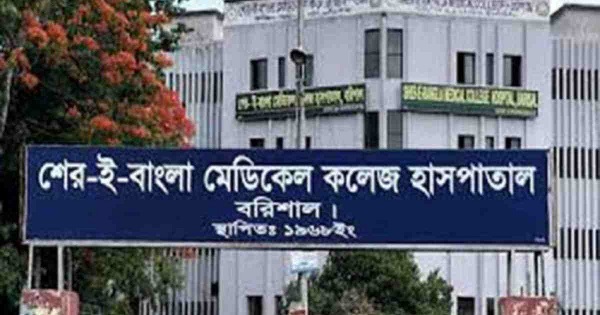 The college student was brutally tortured in DB custody and was later produced before the court which sent him to prison.

He was taken to SBMCH on Jan 1 after his condition had deteriorated but he succumbed to his injuries.

SI Mohiuddin claimed that he had arrested Reza along with hemp and drugs on December 29 and handed him over to Kotwali Police Station that night.

On December 30, he was produced before a court and sent to jail for possessing drugs.

“He was not tortured in police custody,” Mohiuddin claimed.

An image of Reza’s body showed injury marks in both of his legs and he appeared to have been hit by blunt objects.

Barishal Central Jail’s Superintendent Proshanto Kumar Banik said Reza had been sick when they received him. “He was bleeding from the joint of his legs,” he said.

Banik said they took Reza to the hospital as his condition deteriorated on Saturday night but he died.

Nurul Islam, officer-in-charge of Kotwali Model Police Station, said they would take action against policemen if anyone is found guilty of torturing the college student.

In September last year, a Dhaka court sentenced three policemen to life term imprisonment and two police informants to seven years’ jail in a case filed over the custodial death of Ishtiaque Hossain Jonny in 2014. It was the first verdict under the Torture and Custodial Death (Prevention) Act.