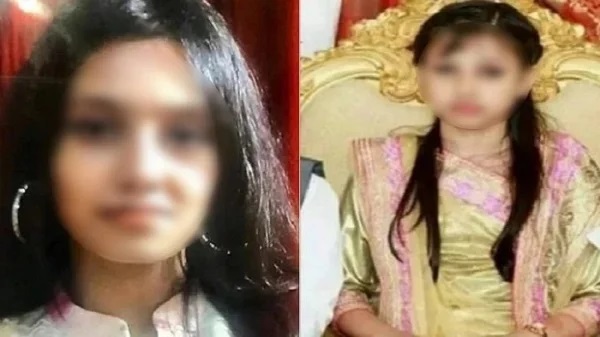 Tanveer Iftekhar Dihan, the lone accused in murder after rape of an English-medium school student at Kalabagan in the city, gave confessional statement under Section 164 to a Dhaka court on Friday afternoon.

Earlier at about 2:45pm, Dihan was brought at Woman and Child Repression Prevention Tribunal by Kalabagan Police Station inspector (Inquiry) who is also investigating the case filed by Anushka’s father on Thursday night.

Allegations were surfaced on Thursday that a Class X female student of Mastermind School was murdered after rape. The doctor concerned pronounced the victim dead when she was rushed to Anwer Khan Modern Hospital on Thursday afternoon. The girl was bleeding profusely. Later, the girl’s father filed a rape and murder case mentioning Dihan as the lone accused with Kalabagan Police Station.

The case statement reads that mother of the victim Mastermind School’s ‘O’ Level student Anushka Noor Amin went out of her residence at Sobhanbagh for her workplace at Dhaka South City Corporation (DSCC) at about 8:30am on Thursday. After an hour, her father also went out of the residence for his business work. At about 11:45am, Anushka phoned her mother and told her that she was leaving the residence to bring papers from coaching center. The lone accused of the case and an ‘O” Level student Tanveer Iftekhar Dihan phoned Anushka’s mother at about 1:18pm that her daughter came his residence. As she fell unconscious suddenly, she was taken to the emergency department of Anwer Khan Modern Hospital.

Coming out of the office, Anushka’s mother reached the hospital at about 1:52pm. She learnt through the hospital staff that the accused raped her daughter alluring her to his Kalabagan’s Dolphin Golli residence. As the girl fell unconscious due to profuse bleeding, the accused brought her to the hospital to divert the incident to different direction. Receiving information, a Kalabagan police team went to the hospital and sent Anushka’s body to the Dhaka Medical College Hospital morgue for postmortem.

While talking to reporters on Friday afternoon, Sajjadur Rahman, deputy commissioner of police of Ramna Zone of DMP, said the girl left her Sobhanbagh residence for her boyfriend Dihan’s residence at Kalabagan on early Thursday afternoon. “We’ve learnt that the girl fell sick after reaching there. Her boyfriend said that sick Anushka was taken to Anwer Khan Modern Hospital. However, the hospital authorities pronounced her dead before admitting her.”

Receiving information, police instantly went to the hospital and recovered the girl’s body. “We also arrested Dihan, and took him to police custody where he was intensively questioned.”

Sajjadur Rahman said: “At one stage, Dihan confessed that he had physical intercourse with Anushka on the basis of mutual relations and consent. Then she started bleeding profusely. Because of it she became senseless. Then she was rushed to the hospital where she died. However, proof of physical intercourse is a matter related to evidence. We are examining whether any other chemical was used or not. Investigator was asked to investigate the matter in this regard.”