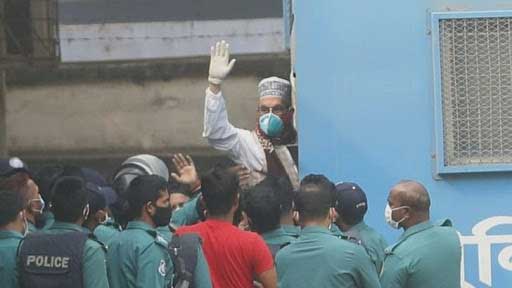 A Dhaka court on Monday framed charges in a case against six including convicted war criminal Delwar Hossain Sayeedi for embezzling money of Islamic Foundation (IF) Zakat Tahbil.

Judge Syeda Hosne Ara of Dhaka Special Judge Court-1 situated at Dhaka Alia Madrasa premises passed the order this morning in presence of the prime accused Sayeedi. The court came up with the order, dismissing pleas of the accused to acquit them from the case, reports BSS.

The court also set February 17 for start recording the depositions of the witnesses.

Of the six, Sayeedi is in jail after getting convicted and sentenced to imprisonment till death in crimes against humanity case; Mawlana Abul Kalam Azad and Abdul Haque are yet to be arrested, while the other three are on bail.