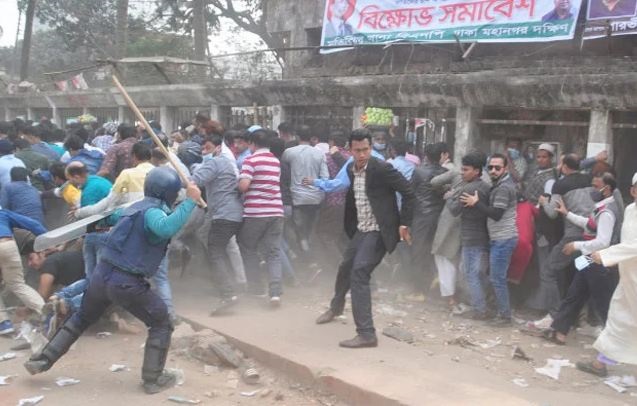 Police charged baton on BNP men to disperse them when they started noise at the end of their protest rally on Saturday noon.

BNP’s International Affairs Committee member engineer Ishraq Hossain alleged that some of their leaders and activists were injured in the sudden attack carried out by the police personnel.

A chase and counter chase took place between the police and the BNP men for 15 to 20 minutes.