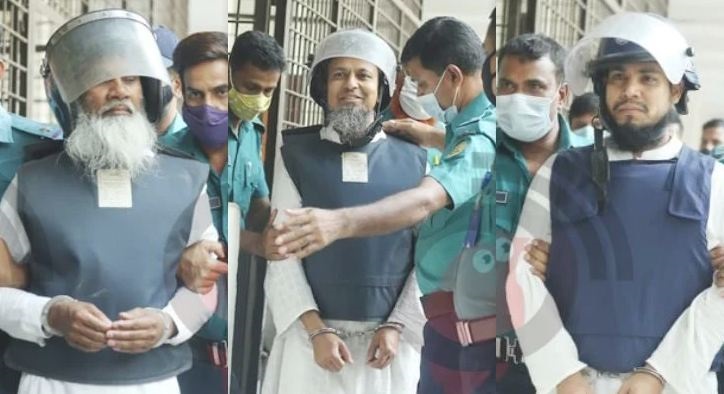 A tribunal in Dhaka on Tuesday sentenced 14 militants to death in a case filed over murder attempt on the then Prime Minister Sheikh Hasina in Kotalipara of Gopalganj in 2000.

The Judge ordered to execute the verdict in the firing squad.

In his observation, the judge said, “Recurrence of such heinous incident could be ended through giving exemplary punishment to the convicts.”

Earlier, the tribunal fixed today to deliver its verdict after completing arguments from both sides.

Of them, Amirul and Rafiqul are on bail while Azizul, Lokman, Enamul, Moshad and Yusuf are absconding.

According to the case documents, army men recovered a 76-kg powerful bomb on July 21, 2000, from the premises of Sheikh Lutfor Rahman Government Ideal College when a podium was being made for the Prime Minister’s rally.

Then sub-inspector Nur Hossain of Kotalipara Police Station filed the case under explosive substances act. ASP Abdul Kahhar Akand on November 15, 2001, filed charge-sheet in the case and the court on November 21, 2004, framed charges against the accused.

A total of 34 witnesses out of 50 were examined by the court in the case.