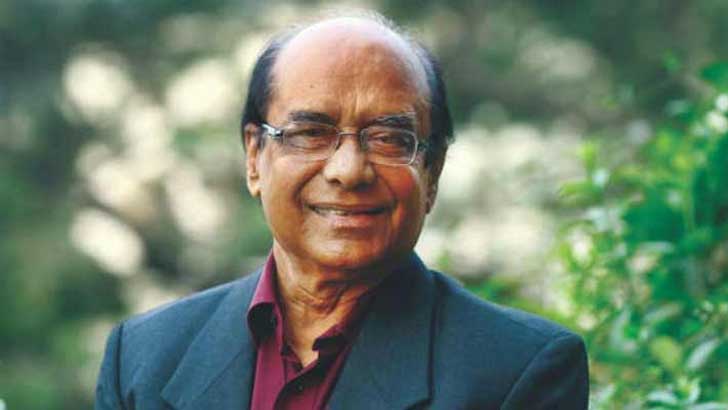 Prof Shamsuzzaman Khan, president of Bangla Academy, died of COVID-19 at at Bangabandhu Sheikh Mujib Medical University (BSMMU) Hospital in Dhaka on Wednesday. He was 80.

He breathed his last at about 2:30pm while underwent treatment at the hospital, Bangla Academy secretary AHM Lokman confirmed.

Prof Khan had been kept on life support from April 11.

His wife has also been infected with the deadly virus.

The folklorist will be laid to rest at his family graveyard in Manikganj later in the day.

Professor Shamsuzzaman was put on life support on Monday as his condition had worsened. He and his wife tested positive for Covid-19 on March 30.

Born in 1940 in Manikganj’s Charigram, Shamsuzzaman is recognised as one of the most respected folklorists of the country.

He was awarded the Bangla Academy Literary Award in 2001, Ekushey Padak in 2009 and Independence Award in 2017 for his great contribution to the arts and culture of Bangladesh.

The folklorist completed his post-graduation from the University of Dhaka and started his career as a lecturer for Haraganga College in Munshiganj and Jagannath College (now university) in 1964.

Shamsuzzaman was named the new Bangla Academy Chairman in June 2020 after the death of former president National Professor Anisuzzaman, who also died from Covid-19.

In his esteemed career, Shamsuzzaman also served as the director general of Bangladesh National Museum and Bangladesh Shilpakala Academy.