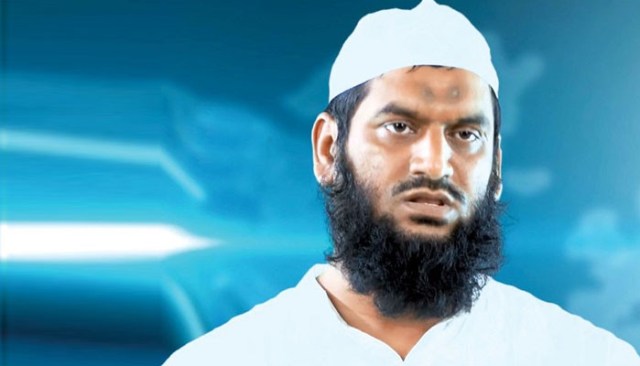 Hefazat-e Islam’s central joint secretary general Mamunul Huque was arrested from a madrasa at Mohammadpur in Dhaka on Sunday.

A team of Detective Branch (DB) of police nabbed him from Jamia Rahmania Arabia Madrasa at 12:50pm.

After arrest, the Hefazat leader is being taken to the DB office in Tejgaon, said DB police’s Joint Commissioner Mahbub Alam.

Mamunul Haque was staying at the madrasa after Sonargaon resort incident happened on April 3.

Recently, two cases were filed against him with Paltan and Sonargaon Police Stations.

Mamunul is also an accused in a case filed in connection with the 2013 mayhem in Dhaka.

bdnews24.com adds: Earlier this month, the man gained unsavoury reputation after he was caught at a resort in Narayanganj’s Sonargaon with a woman who he claimed was his second wife. His claim was later disputed by the authorities.

In November 2020, Mamunul called for the government to remove the upcoming statue of Father of the Nation Bangabandhu Sheikh Mujibur Rahman, claiming statues were contradictory to Islam. Later, he clarified that he did not mean to disrespect Bangabandhu.

Mamunul and his party colleagues led a series of protests against the visit of Indian Prime Minister Narendra Modi in March, unleashing violence in parts of Bangladesh.