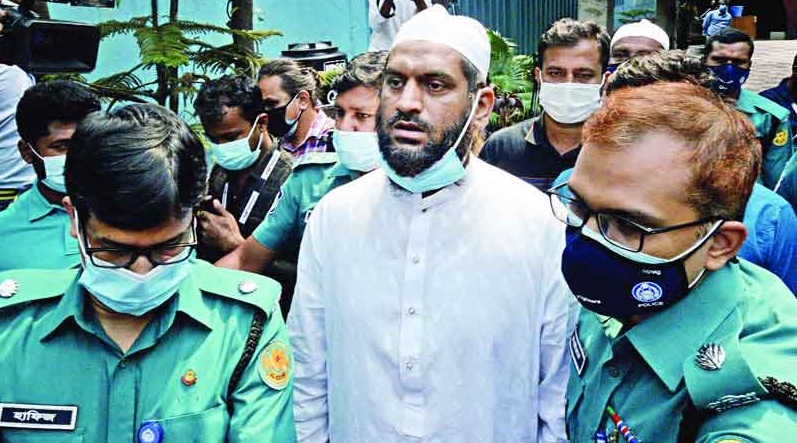 From the court, Mamunul was again taken to the DB office.

Earlier this morning, police produced the Hefazat leader before the Dhaka court from the DB office amid tight security.

Mamunul Huque is an accused in minimum 17 cases filed with different police stations in the capital.

On Sunday afternoon, police arrested Mamunul Huque from Jamiya Rahmania Madrasa at Mohammadpur in the capital.

After the arrest, Mamunul was taken to Tejgaon Police Station for interrogation. Before that, he was taken to the Tejgaon deputy police commissioner’s office.