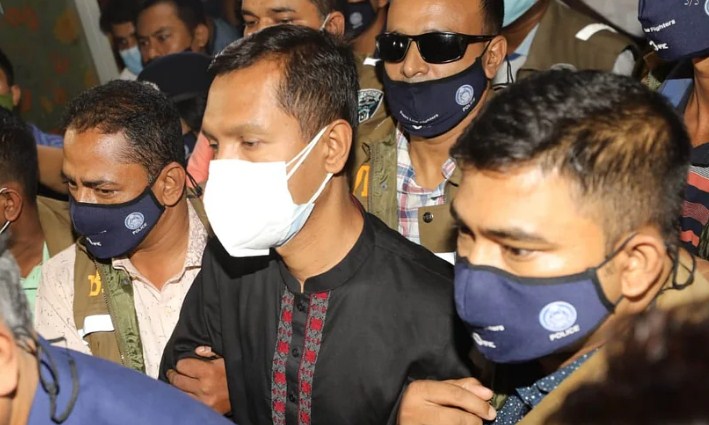 Former police superintendent Babul Akhter has been sent to jail as he refused to give a confessional statement over the murder of his wife Mahmuda Khanam Mitu.

After the completion of five days’ remand, the Police Bureau of Investigation (PBI) on Monday produced Babul before the court of Chattogram Metropolitan Magistrate Sarwar Jahan.

He was taken to the judge’s chamber. But, Babul did not give any confessional statement under Section 164. Later, he was sent to the jail around 2:45pm.

CMP’s asistant commissioer Kazi Shahabuddin said, “The PBI produced Babul before te judge’s chamber on completion of his five-day remand in the new case filed with Panchlaish police. But, he did not give confessional statement there. Later, Babul was sent to jail.”

Mahmuda Khanam Mitu was hacked and shot dead by motorcycle-riding assailants at Nizam Road near the GEC are adjacent to their house in Chattogram city on June 5, 2016 when she went there to board her son to a school bus.