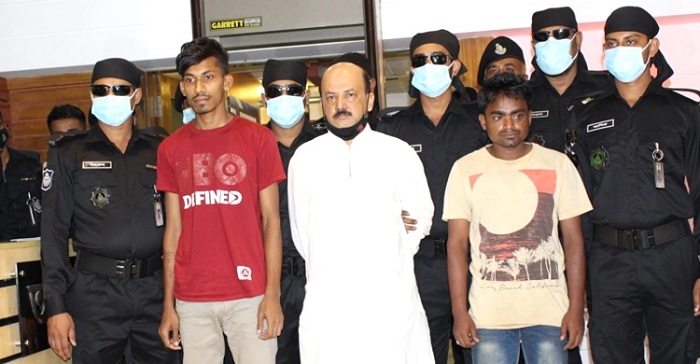 Former lawmaker and Islami Ganatantrik Party chairman MA Awal has been sent to jail on completion of his four-day remand in a case filed over the killing of trader in city’s Pallabi area.

The IO filed a petition seeking confinement of Awal to jail until the investigation is completed.

Earlier on May 21, a Dhaka court placed MA Awal and two others on a four-day remand each in the case.

Awal, 50, a former lawmaker from Laxmipur-1 constituency, was arrested on May 20 from a mazar in Bhairab of Kishoreganj.

On May 16, Sahin Uddin was hacked to death in front of his six-year-old son inside a garage at Block- D in Pallabi over a land dispute.

On the following day, Shahin’s mother Aklima Begum lodged a case with Pallabi Police Station in this connection mentioning MA Awal as the main accused.