Six arrested for gang rape on bus in Ashulia 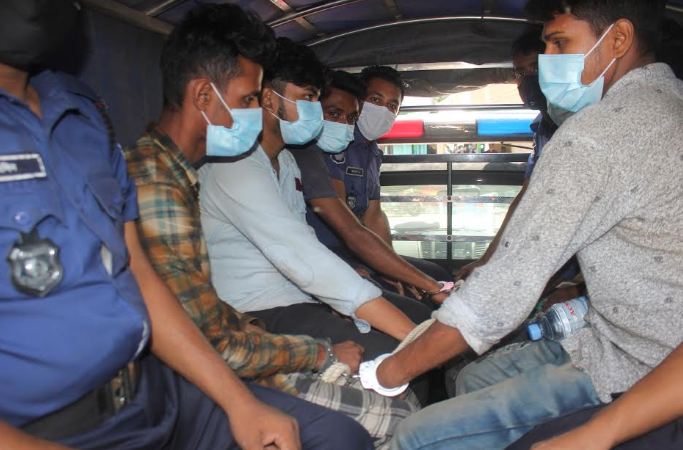 Police detained six persons for allegedly gang raping a woman on a running bus at Ashulia, on the outskirts of Dhaka, on Friday night.

The bus driver and his assistant are among the detainees.

Ashulia Police Station inspector (investigation) Ziaul Islam said the young woman boarded a bus of New Bangla Paribahan to go Nabinagar. The bus driver turned the vehicle and headed to C&B Bypass road after other passengers got down on the way.

He said on suspicion, a police patrol team started chasing the bus at Ashulia Bridge on C&B Bypass road. They stopped the bus after it crossed Jahangirnagar University campus at about 11:00pm and detained them.

The victim has been sent to One Stop Crisis Centre of Dhaka Medical College Hospital for medical test.

A case was filed over the incident and the detained persons were shown arrested in the case, the police official added.