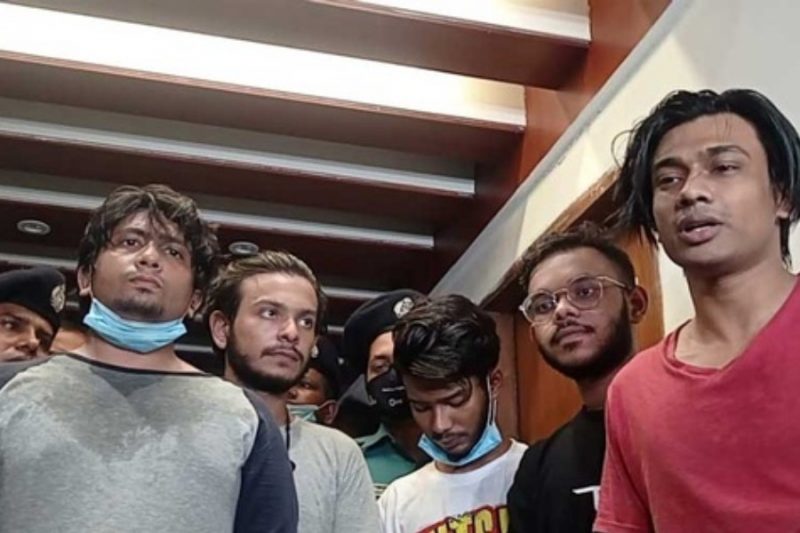 A Dhaka court placed five university students on a five-day remand each in a case filed for trading and taking lysergic acid diethylamide (LSD) drug.

Acting on their information, police arrested Nazmul and Salekin from Baridhara Choudhury Lounge under Bhatara Police Station.Four LSD mixed blotting paper and mobile phone were seized during the raid.

DMP’s Motijheel zone DC Abdul Ahad said during interrogation, the arrested students confessed their involvement in selling and using the drug for last one year.

They also informed that there are 15 groups in the capital who involved in selling LSD.