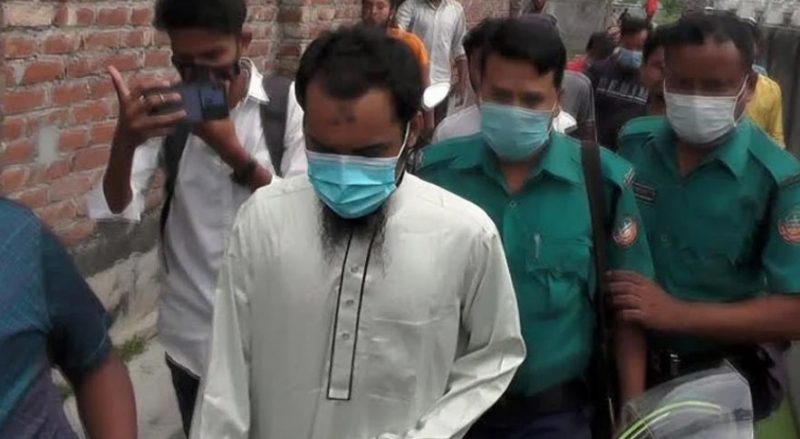 The press conference started at 5:15 pm at Rangpur DB office. Earlier, Abu Twa-haa was taken to the DB office at around 3.00 pm.

At press conference, Maruf Hossain said, “During interrogation, Abu Twa-haa told police that he had made a phone call to his wife’s mobile number from Gabtali in the capital on the day of the incident. Then he turned off the mobile phone set. From there he went to a friend’s house in Trimohoni of Gaibandha Sadar Upazila. He has not contacted anyone since.”

“He (Abu Twa-haa) was in hiding at a friend’s house for personal reasons. There were two companions with him there. They are drivers Amir Uddin and Muhith and another colleague Mujahid was left in Bogura.”

He further said, “Abu Twa-haa along with a friend came to his father-in-law’s house in Master Para area of Rangpur in the afternoon, leaving another at a friend’s house. We assumed that no group or individual was involved behind his disappearance.”

Deputy Commissioner Abu Maruf Hossain said police rescued him after receiving information about him (Abu Twa-haa). He was then taken from Kotwali Police Station to Detective Branch (DB) office.

“There he was interrogated.”

About the reason of Abu Twa-haa’s hiding, Maruf Hossain at press conference claimed that they were in hiding for personal reasons. However, when asked about personal reasons, the police said they could not say about it at this time.

“That needs to be verified. We will check and verify their information. In fact, not all personal reasons can be said.”

The Islamic preacher was rescued on Friday afternoon after missing for a week. Later, police took him to the police station from his in-laws’ house in Master Para adjacent to the Meteorological office in Rangpur city.

Abu Twa-haa along with his associates Abdul Muhit and Mohammad Firoz, and driver Amir Uddin Foyez had been missing since June 10 while returning Dhaka from Rangpur, his family alleged.

He was last contacted from the city’s Gabtali area and after that his mobile phone was found switched off.