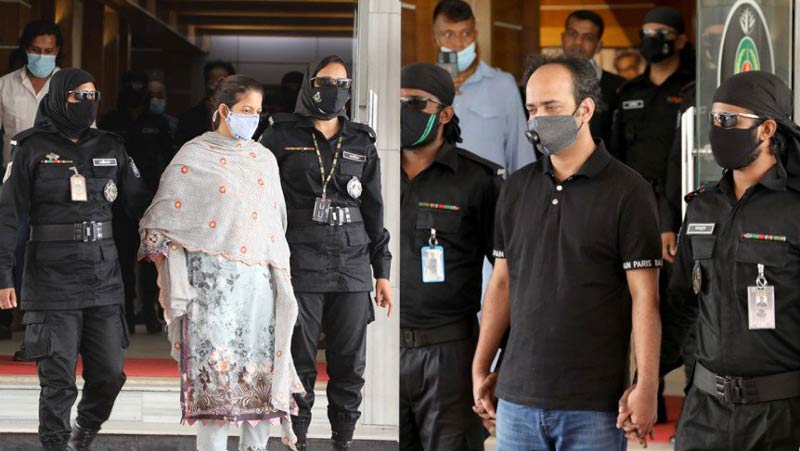 A court in Dhaka has placed Evaly CEO Mohammad Rasselon a one-day remand in a case filed over embezzlement with Dhanmondi police station.

In the same case, his wife and chairman of the company Shamima Nasrin was denied bail and ordered to be sent to jail.

Earlier, the investigating officer of the case SI Najmul Huda presented Rassel and his wife Shamima Nasrin before the court seeking a seven-day remand following the completion of their three-day remand in a fraud case.

A team from the elite force detained the couple during a raid at their Mohammadpur residence in the capital.

On September 14, the Commerce Ministry requested the Home Ministry to take legal actions against Evaly for violations of laws and deceiving customers.