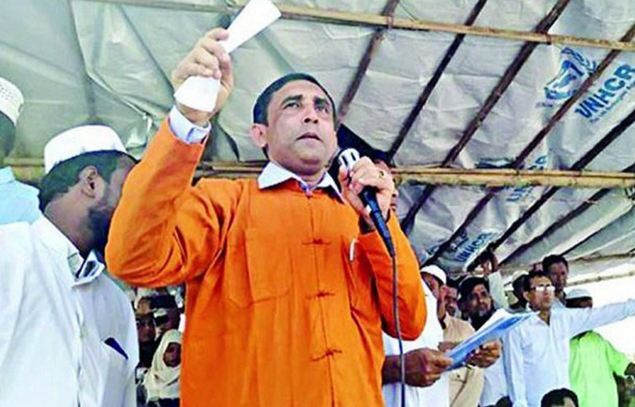 Two accused has been placed on a three -day remand each in connection with the killing of top Rohingya leader Mohammad Mohibullah at Ukhiya in Cox’s Bazar on September 29.

Cox’s Bazar Senior Judicial Magistrate Tamanna Farah passed the order after a remand hearing in the court around 11pm on Sunday.

The two accused are Mohammad Selim alias Lomba Selim, 26, and Shawkat Ullah. They were produced before a Cox’s Bazar Judicial Magistrate’s court on Saturday as Ukhiya police sought a seven-day remand to interrogate them.

Four suspects have, so far, been arrested in connection with the Rohingya leader murder.

Unknown assailants gunned down Mohibullah on September 29 (Wednesday). He was first rushed to a local medical facility and later shifted to Cox’s Bazar Sadar Hospital, where doctors declared him dead on arrival.

He was buried in Lombasia Camp-1 in Ukhiya upazila on the evening of September 30 after his namaz-e-janaza, which was attended by a large number of Rohingya refugees from camps in Ukhiya and Teknaf upazilas.