Case filed over three missing college girls in the capital 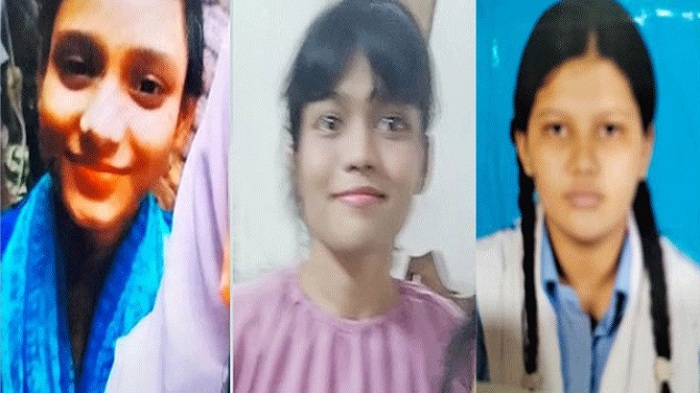 A case has been filed in connection with the three college students who went missing from their houses at Mirpur in the capital on Thursday.

Their family members fear they might have been trapped by human trafficking syndicate luring them with an overseas trip.

Meanwhile, a guardian has lodged a complaint with the Pallabi Police Station over the missing of three college students–Kazi Dilkhush Jannat Nisa, Kaniz Fatema and Sneha Akter.

All the three are students of Class XII. Although they belong to different institutions, they are close friends. They left their homes on Thursday morning.

They were wearing college dress when they went out from their residences. However, they took money, gold ornaments, mobile phones and school certificates with them. They have not been found since.

The three students have recently expressed their interest in going to Japan with a young man, who is their neighbour, in the area. They do not have any passports.

Earlier, two people including Tariqul were detained for questioning. However, they claimed that they did not know anything about the whereabouts of missing students.