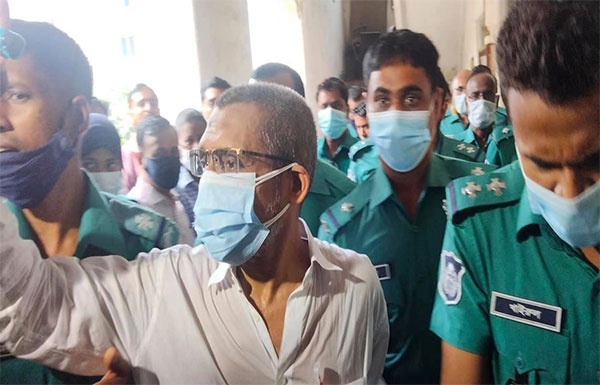 Former state minister for home Lutfozzaman Babar was sentenced to eight years’ imprisonment in a graft case by a special court on Tuesday.

On January 13, 2008, the Anti-Corruption Commission (ACC) filed the case against Babar on charges of amassing illegal wealth to the tune of Tk 7.5 crore and concealing information. The ACC’s deputy assistant director Rupok Kumar Saha pressed the chargesheet of the case on July 16, the same year.

On October 4, Judge Mohammad Shahidul Islam fixed the date to deliver the verdict after hearing closing arguments of both prosecution and defence in the case.

Babar was arrested from his Gulshan residence on May 28, 2007, during the reign of Fakhruddin-led caretaker government. He was sentenced to 17 years of imprisonment in an arms case on October 30, 2007.

The ACC filed the case against Babar with Ramna police on January 13, 2008, accusing him of amassing wealth of around Tk 7.05 crore illegally.

A Dhaka court on August 12 of the same year indicted Babar in this case.

He was also sentenced to death in the 10-truck arms haul and August 21 grenade attack cases.