Pori Moni along with 2 others get bail in drug case 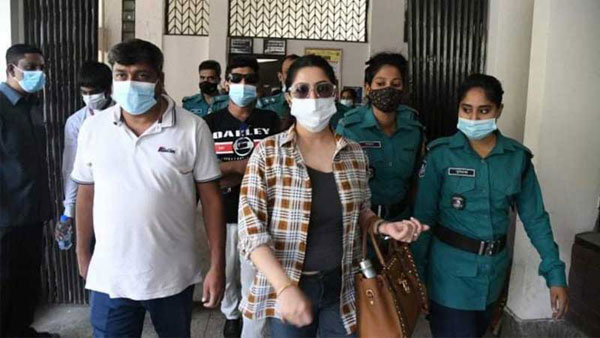 Film actor Pori Moni and two of her aides have received bail on surrender in a case filed under Narcotics Control Act.

Two other aides are Asharful Islam Dipu and Kabir Hossain.

The trio surrendered in the court this morning.

The court fixed November 15 for the hearing on the acceptance of the chargesheet against them.

The same day, Pori Moni’s lawyer filed a petition for her permanent bail and after hearing the court granted the bail petition.

The actor was arrested on August 4, following a raid by RAB on her Banani residence.

A case was filed against her under the Narcotics Control Act the following day.

On August 22, Pori Moni was sent to jail after inspector Kazi Mostafa Kamal produced her in a court on the completion of a day’s police remand, her third.

On August 31, a Dhaka court granted bail to Pori Moni in the drugs case until submission of the chargesheet. She walked out of jail the following day.