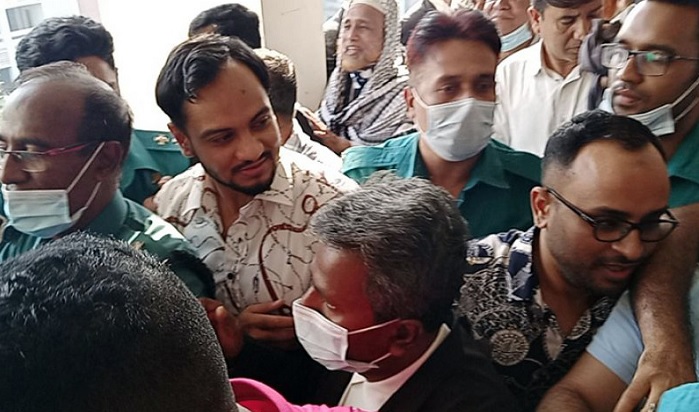 Judge Begum Mosammat Kamrunnahar of the Dhaka Women and Child Abuse Repression Tribunal-7 has directed police not to register any case after 72 hours of rape.

“Police should not register a case 72 hours after rape incident,” she said after delivering her judgement in Banani’s Raintree rape case on Thursday.

The tribunal also acquitted five accused including Shafat Ahmed, son of Apan Jewellers owner Dildar Ahmed, in the case of rape of two students at a ‘birthday party’ at the Raintree Hotel in the capital’s Banani.

Judge Begum Mosammat Kamrunnahar acquitted them as the charges against them were not proved.

Following the verdict, the judge said that the investigating officer was “biased” and submitted a chargesheet in the case. The medical reports of the victims did not contain “any details of sexual violence”. The DNA samples found in the victims’ clothing did not match with the defendants. After 38 days, they (two students) said, “We were raped.”, It ought to be considered by the investigation officer.

By not doing so, the investigation officer wasted the tribunal’s ‘public time’, the judge observed.

While reading out the judgement, the judge said, “You are saying – this is a discussed case, but I do not think so. All cases are discussed and important to me. Nothing was found in the medical report of this case and the doctors could not give any evidence.”

All the accused, except Rahmat Ali gave confessional statements in the court under Section 164 of the Criminal Procedure Code.

On September 5, the tribunal’s special public prosecutor Afroza Farhana Ahmed Orange presented arguments for the state. At that time, the maximum punishment of life imprisonment for the five accused was sought.

At the defense hearing on August 29, five accused, including Safat, pleaded “not guilty” and “prayed for justice”.

Testimony in the case ended on August 22. The court heard the testimony of 22 out of 47 witnesses in the chargesheet.

It may be mentioned that a case was filed against five persons with Banani Police Station on May 6, 2017, for allegedly raping the two students of a private university in Dhaka at gunpoint at a “birthday party” on March 28 of that year at the Raintree Hotel in the capital’s Banani.