800 sued for vandalism, torching buses during protests in Rampura 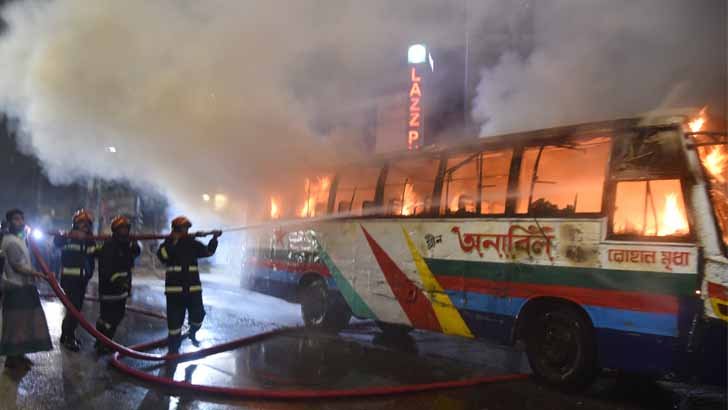 Two cases have been filed against 800 people for vandalism and torching buses during protests over the death of SSC candidate Mainuddin Islam Durjoy in a bus accident in Dhaka’s Rampura.

Police lodged the cases with Rampura and Hatirjheel Police Stations on Tuesday night.

No one has been arrested so far, said Abdul Ahad, deputy commissioner of the Dhaka Metropolitan Police Motijheel Division.

SSC candidate Mainuddin Islam Durjoy, 16, of Ekramunnesa High School was ran over by a bus of ‘Anabil Paribahan’ near Rampura Bazar on Monday night.

Later, the angry mob torched nine buses on the road.

Mainuddin Islam’s mother filed a case in connection with the accident.

Meanwhile, the students are staging demonstration on the Rampura Bridge demanding 11-point demands.