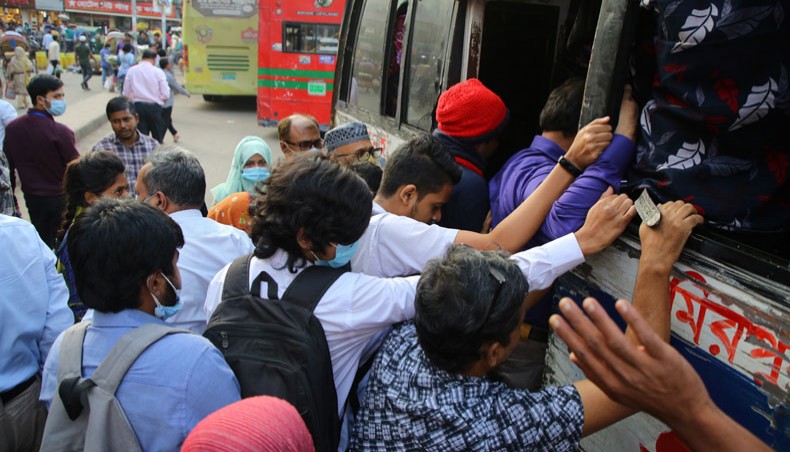 The High Court on Monday asked the Bangladesh Road Transport Authority (BRTA) to take measures to stop taking extra fares on public transport across the country.

The HC bench of Justice Mamunur Rahman and Khandaker Diliruzzaman passed the order after hearing on a writ petition, UNB reports.

It also issued a rule asking the authorities concerned to explain why the failure to enact rules regarding hike in fares of buses, minibuses and other public transport as per Section 122 of the Road Transport Act, 2018 will not be announced illegal and against the law.

The court also asked BRTA to take necessary measures to hang the list of fares in public transport and make it easily visible at each designated bus stop and display it through electronic billboards within a month.

In the writ petition, the road transport secretary, BRTA chairman and others were made respondents.