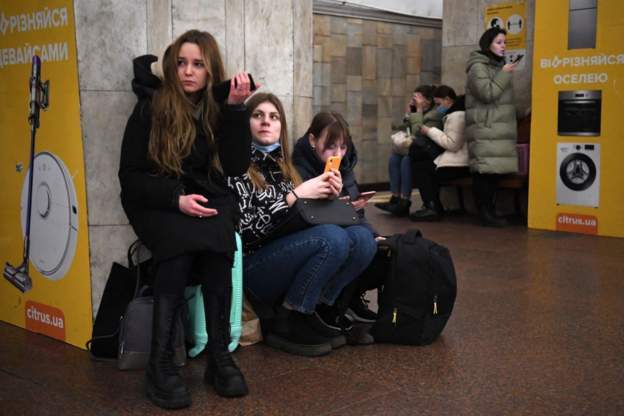 Bangladesh on Thursday asked all its nationals in Ukraine “to move to safer places”, with Kyiv closing its airspace amid a Russian invasion.

An estimated 500 Bangladeshi nationals, including students, are currently stranded in Ukraine.

Bangladesh’s Embassy in Poland said that it’s in touch with the host government as well as the Ministry of Foreign Affairs in Dhaka “regarding further steps to ensure the safety of Bangladeshis in Ukraine”.

“Around 500 Bangladeshis are in direct touch with us. We have asked them to take shelter in safer places,” Bangladesh’s Ambassador to Poland Sultana Laila Hossain told UNB over the phone from Warsaw.

Bangladesh does not currently have an embassy or a consulate in Ukraine. The country’s Embassy in Poland acts as Ukraine’s de-facto diplomatic mission.

Ambassador Sultana, however, indicated that there could be more Bangladeshis in Ukraine “who have not yet got in touch with the Embassy”.

On February 15, the Embassy asked Bangladeshi nationals in Ukraine to consider leaving Ukraine temporarily in view of the volatile situation in that country.

Bangladeshi nationals were also advised to avoid all non-essential travel to Ukraine and keep the Embassy in Poland informed about the status of their presence in Ukraine to enable the mission to reach them easily, according to an earlier advisory.

Russian troops launched their anticipated attack on Ukraine on Thursday, as President Vladimir Putin cast aside international condemnation and sanctions, warning other countries that any attempt to interfere would lead to “consequences you have never seen”.

Big explosions were heard before dawn in Kyiv, Kharkiv and Odesa as world leaders decried the start of an Russian invasion that could cause massive casualties and topple Ukraine’s democratically elected regime.