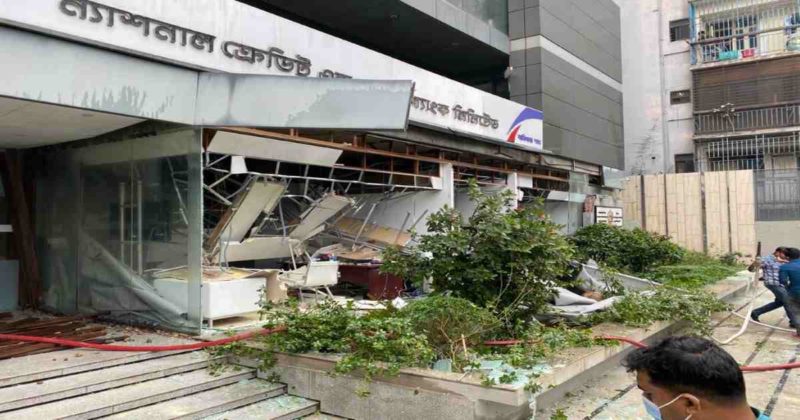 A man was killed in an explosion of an air-conditioner (AC) at United Arab Emirates (UAE) visa centre in Dhaka’s Gulshan area on Wednesday noon.

The incident occurred on the ground floor of a 14-storey building in front of NCC Bhaban which left seven others injured.

Soon after the explosion, two fire fighting units reached the spot. A bomb disposal unit is on the way.

DMP Gulshan Division deputy commissioner Sudip Kumar Chakrabarti said seven other people were also injured in the incident. Of them, six were admitted to United Hospital.