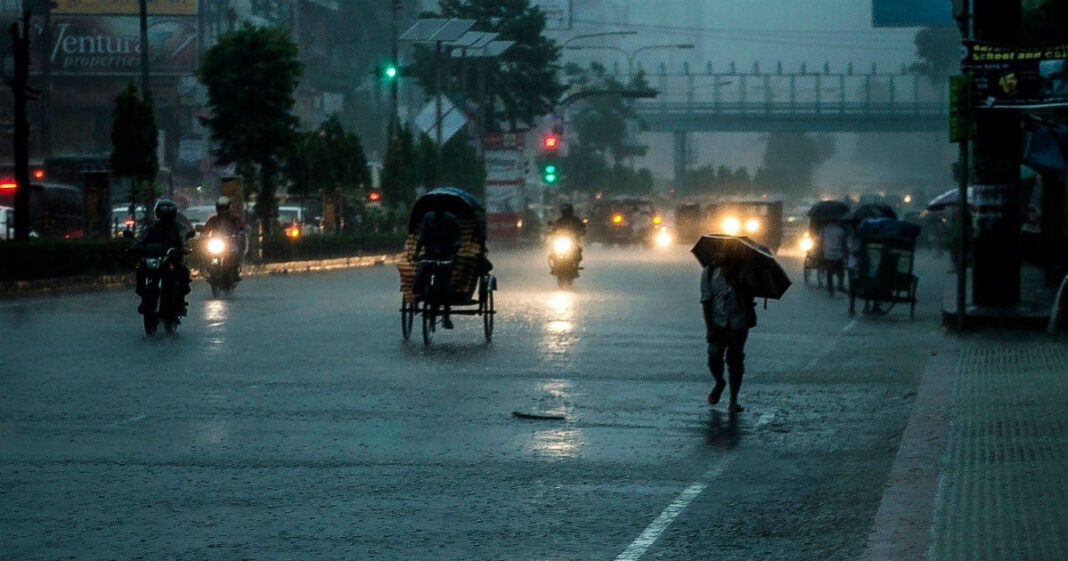 An strong nor’wester swept the capital city on Friday afternoon compounding sufferings for the Eid shoppers.

Till 6pm, 37mm rainfall was recorded in the capital.

The windspeed was recorded at 83km per hour in the capital during the nor’wester.

Although the rain brought relief for the city dwellers from the heat since the morning, those who went out for Eid shopping in the afternoon on this holiday are suffered due to waterlogging on the city roads.

Shahnaz Sultana, a meteorologist at the Bangladesh Meteorological Department, said a huge cloud is coming toward Dhaka.

“When the clouds move away from the Sky of the city, there is no chance of rain any further,” she added.

Elsewhere in the country it also rained in Chandpur and many places at Mymensingh, Sylhet, Rajshahi, Rangpur, Khulna and Barishal division, the Met Office said.

Meanwhile, the Met Office predicted that rain or thunder showers with intense lightning flashes accompanied by temporary gusty or squally wind is likely to occur at a few places over Rangpur, Rajshahi, Dhaka, Mymensingh, Khulna, Barishal, Chattogram and Sylhet divisions with hails at isolated places in next 24 hours.