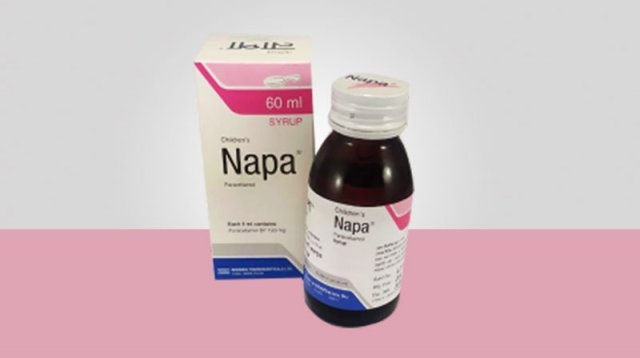 The Directorate General of Drug Administration (DGDA) has sought an explanation from Beximco Pharmaceuticals Limited over the deaths of two children at Ashuganj in Brahmanbaria district on Thursday night after taking Napa syrup.

Beximco Pharmaceuticals Limited produces, markets and sells Paracetamol tablet and syrup under the brand name of ‘Napa’ in Bangladesh.

The DGDA also directed all of its divisional and district officials to collect samples of a Napa syrup — belonging to a certain batch number — produced by Beximco Pharmaceuticals Limited last December from the market and send those for lab test.

The children’s parents alleged that their children died after taking the syrup — dose 120mg/5ml — with the expiry date November 2023, under batch number 32113121.

All officials concerned have been directed to collect the syrup samples from all retail and wholesale markets, and send those to the National Control Laboratory at the DGDA Head Office in Dhaka, according to the circular signed by Major General Mohammad Yousuf, Director General of DGDA.

Meanwhile, DGDA has banned the sale of Napa syrup belonging to the batch across Brahmanbaria district.