Housemaid, husband remanded over torture of elderly woman in Malibagh 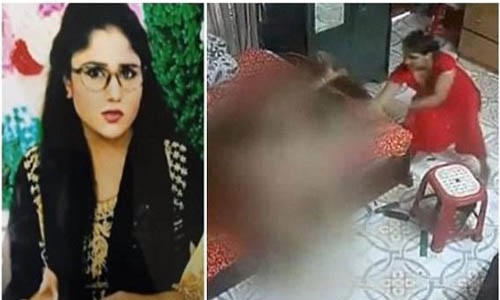 A court here today placed housemaid Rekha Akter and her husband Farhad Ershad on eight-day remand each in a case lodged for brutally torturing an elderly woman in the house, where Rekha used to work.

Dhaka Metropolitan Magistrate Mas Udur Rahman passed the order as police produced the duo before the court and pleaded to place them on a 10-day remand.

Rekha was seen viciously assaulting the septuagenarian woman in CCTV footage on January 18 and the video clippings created ruckus for its sheer brutality.

Police managed to arrest Rekha from Thakurgaon on January 20.