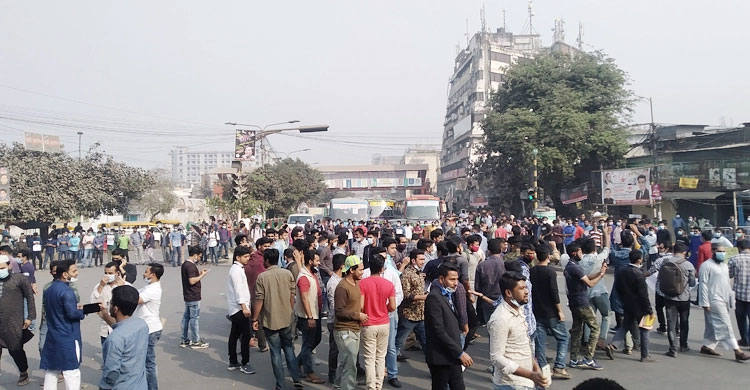 The students of seven colleges affiliated with Dhaka University (DU) have called off their movement following a decision taken to continue the ongoing and scheduled examinations.

The protesting students on Wednesday afternoon told media that the movement has been called off as the authorities concerned promised to meet their demand.

Amid the student protest, the DU authorities held a virtual meeting with Education Minister Dipu Moni where a decision was taken to continue the ongoing and scheduled examinations.

Earlier in the day, students of DU-affiliated colleges blocked the Nilkhet intersection in the capital protestig postponement of the examinations.

On Tuesday, the DU authorities in a meeting with the college principals decided to postpone the exams.