Chase, counter-chase between cops and shop owners at Gulistan 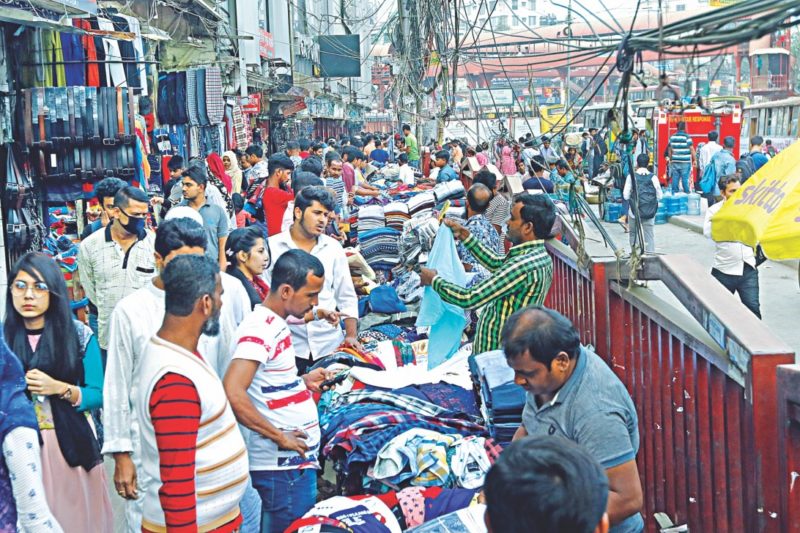 A chase and counter-chase broke in Dhaka’s Gulistan area on Wednesday morning between police and traders while a group of shop owners and employees were staging demonstration.

The traders, under the banner of cooperative society for Dhaka Readymade Garments Businessmen, formed human chain in front of Fulbaria Super Market-2 and staged demonstration there at 11am demanding to allow them for opening shops maintaining the health guidelines.

While they tried to block a road in front of BRTC counter, police obstructed them which led to the counter-chase. Then the protesters threw brickchips to police members.

The law enforcers also chased the traders and removed them from the road.

Following the counter-chase, vehicular movement on the road remained suspended for some times.

Earlier on Tuesday, the government announced lifting restrictions on public transport from Wednesday in the city corporation areas amid lockdown.

The decision, however, triggered anger among other commercial sectors and ride-sharing with motorbike riders across the city.