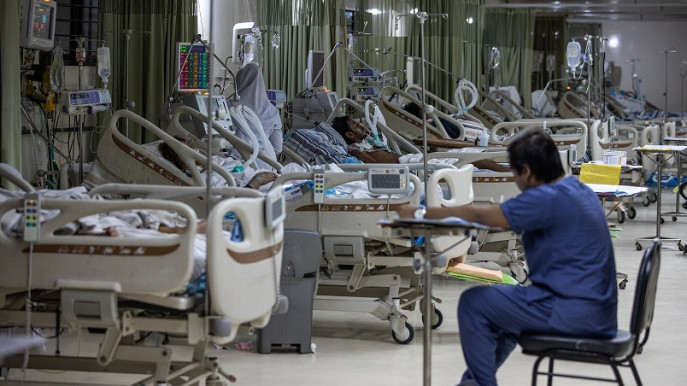 An elderly woman, a coronavirus patient, had died after giving up her ICU bed for her son who was also battling with the disease.

He said coronavirus patient Kanan Prova, a resident of Didar Market C&B Colony area in the port city, had been undergoing treatment at the ICU of the hospital a week ago. Later, her son Shimul Pal,42, also contracted the virus and was taken to the hospital.

Shimul’s health condition deteriorated on Tuesday and he needed ICU support for better treatment. But, the hospital was running short of intensive care beds.

Knowing the matter, Kanan Prova signaled the doctor and passed a message giving up her bed for her son.

Later, with other family members’ consent, the mother was shifted to the isolation unit while Shimul took her mother’s bed.

The mother breathed her last an hour later on the bed at the isolation unit.