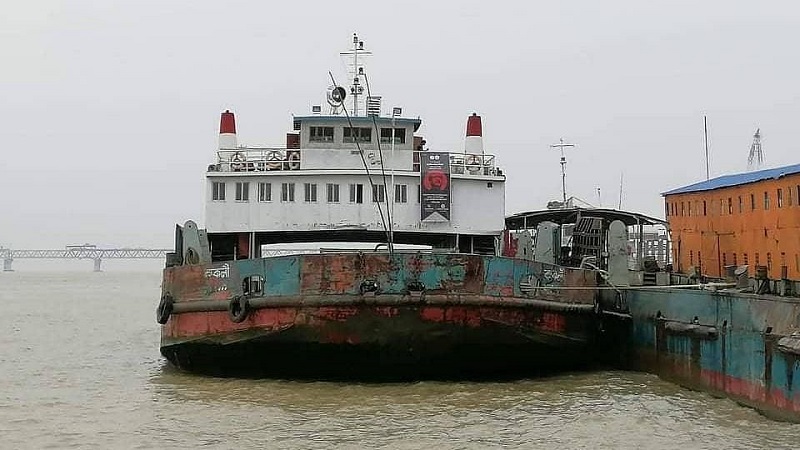 Another ferry hit pillar no-10 of the Padma Bridge in Munshiganj district on Friday morning.

Kakoli Ferry crashed into the pillar around 6:45 am while going to Banglabazar Ghat in Madaripur to Shimulia Ghat in Munshiganj.

Driver Badal Hossain said the ferry hit the pillar due to the strong current and wind in river, causing partial damage on one side of the ferry.

The damage in the ferry was above the water level. As a result, the water did not enter the ferry.

However, there has been no structural damage to the bridge.

After the accident, the ferry reached Shimulia Ghat safely. No casualties were reported.

In the past two months, at least five such accidents have taken place in the district.

However, the bridge authority claims that the bridge is so strong that only the ferries will sustain damage in case of a collision, reports UNB.