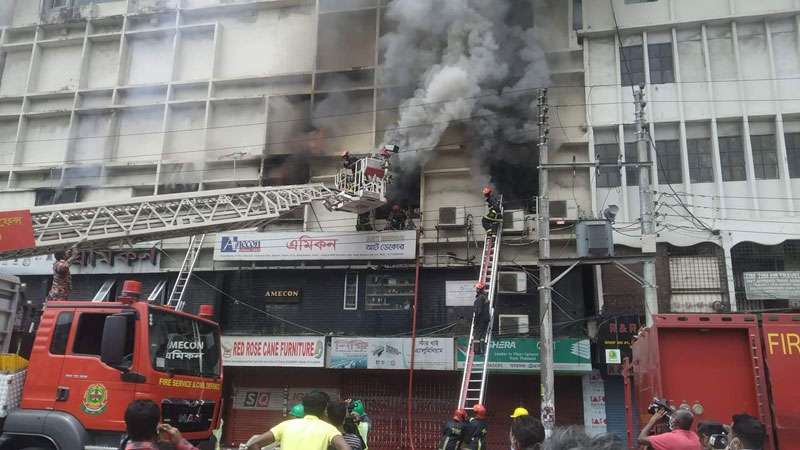 A devastating fire that broke out on the second floor of a six-storey building in Banani Chairman Bari area in the capital on Saturday morning, was managed to douse after four hours of frantic efforts by the firemen.

But the damaged caused by the blaze could not be ascertained yet, Ziaur Rahman said.

The fire originated at about 9:10am on the third floor.

Being informed, 10 fire fighting units rushed to the scene to extinguish the fire. Later, five more units joined with them.

The cause of the fire is under investigation, he said.

While visiting the spot, Dhaka North City Corporation Mayor Atiqul Islam said it is an old building and National Building Code was not followed.

For this, trade license will not be given to any of the bhaban.