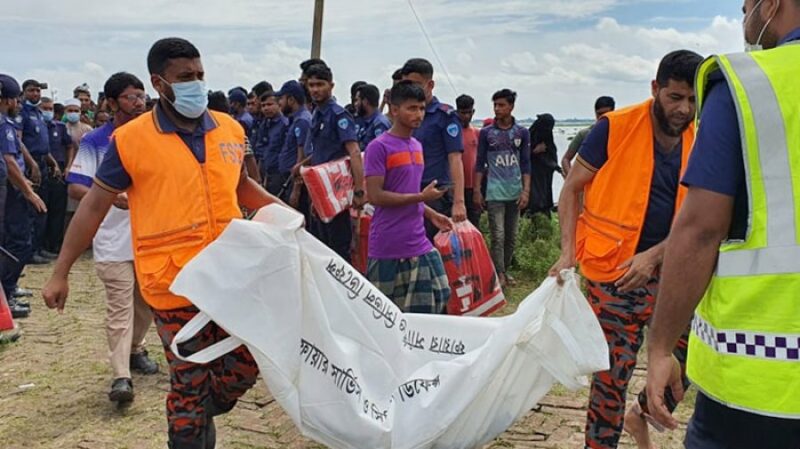 A case has been filed over Friday’s trawler capsize at Laiska Beel in Brahmanbaria which left 22 people dead.

Selim Miah lodged the case with Bijoyanagar Police Station mentioning the names of seven people and several other anonymous people. Four members of his family died in the trawler sinking.

However, police have detained five people in this connection.

The detainees were identified as boatman Jamir Miah, 33, Md Russell, 22, Khokon Miah, 22, Md Solaiman, 64, and Mistu Miah,67.
Bijoyanagar Police Station OC Mirza Mohammad Hasan said five people had been detained. They will be shown arrested in this case as their names are in the FIR.

Earlier, two trawlers collided head-on at Laiska Beel in Brahmanbaria Sadar Upazila around 5.45pm on Friday. In that incident, 50 passengers were able to get ashore but 21 people lost their lives.

Fire Service divers have resumed search operations for the missing since 8.00am on Saturday. The body of a child was recovered in the morning.