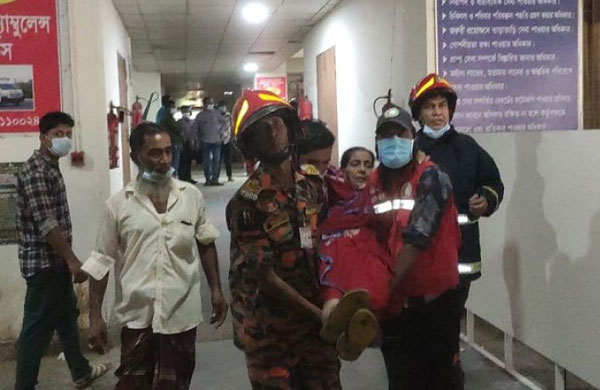 A fire broke out on the fifth floor of Mugda General Hospital in the capital at about 12:30pm on Thursday.

Fire Service and Civil Defence duty officer Khaleda Yasmin said, “Getting information, seven fire fighting units rushed to the hospital and brought the blaze under their control around 12:58pm.”

The reason of the blaze could not be known immediately.