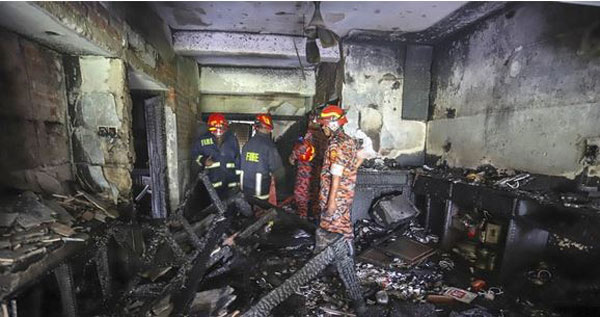 At least seven people received burn injuries from a fire that broke out at a six-storey residential building in Dhaka’s Gulshan area on Wednesday, said Fire Service and Civil Defence sources.

The fire originated on the second floor of the building on road No: 113 around 11am, according to Saifuzzaman, deputy assistant director of the Fire Service.

Three fire fighting units rushed to the scene and doused the blaze after one hour of frantic efforts.

Injured seven people have been sent to a nearby hospital, Saifuzzaman said.

The reason behind the fire could not be known yet.