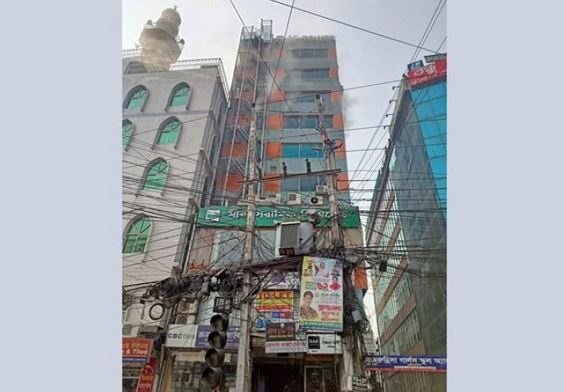 Three persons sustained burn injuries from a fire that broke out on the fifth floor of RK Tower building in city’s Bangla Motor area on Saturday.

Mamun was admitted with 34 per cent burns, Manik with 2 per cent and Tafsir with 7 per cent , Ayub Hossain said.

A total of eight firefighting units managed to douse the blaze around 2pm that originated on the 10-storey building at about 12:15pm.

The cause behind the fire could not be known yet.