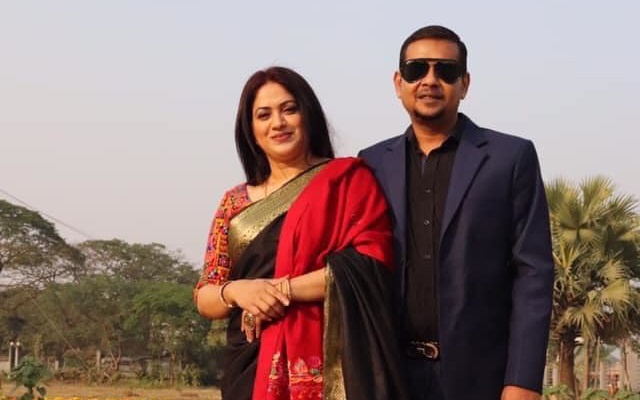 Keraniganj Model Police Station Inspector (Investigation), Kazi Ramzanul Huque, said Nobel confessed that he killed his wife during primary interrogation. Nobel, with the help of his friend Farhad, planned to bury the dismembered body of Shimu.

“Under the primary investigation, we have learnt that actress Shimu was murdered due to conjugal dispute with her husband,” SI Kazi Ramjanul Huque also said.

During a briefing on Tuesday, Dhaka District Police Super Maruf Hossain said, “We’ve already seized the car which was used to carry Shimu’s dismembered body to Hazratpur Bridge in Keraniganj. Besides, we’ve collected other evidence. Model Shimu’s husband is now in police custody. Process is going on to file a murder case against them.”

Earlier, Shimu’s husband and his friend SMY Abdullah Farhad were arrested by Rapid Action Battalion (RAB) in connection with the murder. RAB later handed them over to Keraniganj police.

On Monday morning, the dismembered body of the actress was found in gunny sacks near the Hazratpur Bridge at Keraniganj, on the outskirts of the capital, a day after she went missing.

SI Ramzanul Huque said local people spotted the body near Hazratpur Bridge in Keraniganj around 10am on Monday and then informed police.

“We suspect that the actress was killed sometime on Sunday and her body was later dumped under the bridge,” the officer said.

The body was sent to Mitford Hospital morgue for autopsy.

Khokon also lodged a case against six people, including the actress’ husband Nobel, his friend Farhad and his driver.

The 40-year-old actor lived with her husband and two children on the Green Road in the capital.

Her husband Nobel also filed a general diary reporting her missing later the same day with the Kalabagan police.

Fatema, younger sister of the actress, said, “Shimu left her Green Road residence on Sunday morning and then went missing. We lodged a missing person’s complaint with Kalabagan Police Station on Sunday night.”

Shimu, who debuted in the Dhallywood in 1998, has worked is some 25 movies, mostly as a supporting actor, with noted directors like Kazi Hayat, Delwar Jahan Jhantu, and Chashi Nazrul Islam.

An associate member of the Bangladesh Film Artistes Association, Shimu also worked in TV dramas and produced as well.

She also worked for a business magazine and for the marketing department of a private television channel.