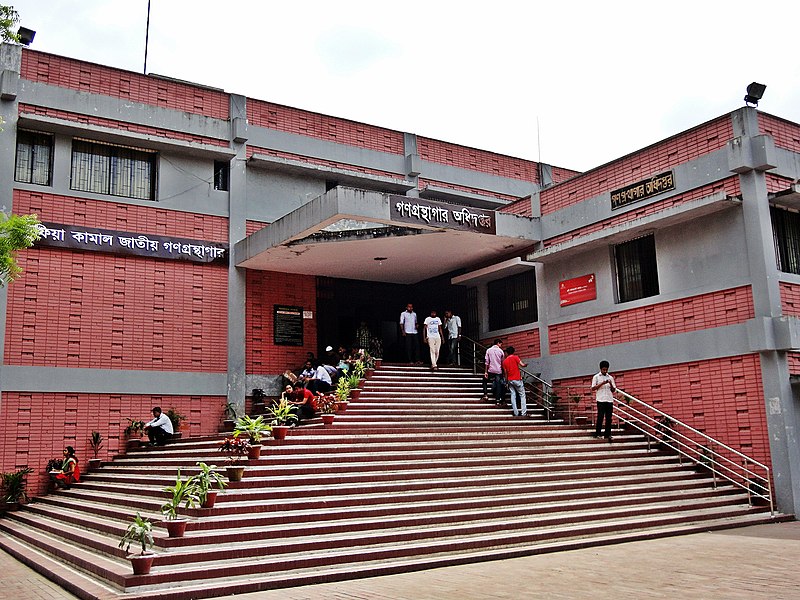 The government is going to demolish the 64-year-old Sufia Kamal National Public Library, popularly known as central public library, at Shahbagh, in order to construct a multi-storey building there under a modernisation drive.

During a press conference on the public library premises on Thursday, Secretary to the Ministry of Cultural Affairs Md Abul Monsur also said the existing library would soon be shifted to the city’s Institution of Diploma Engineers, Bangladesh (IDEB) at Kakrail for an initial period of three years.

The library will be modernised establishing virtual connectivity with renowned libraries across the world, he told the press.

The Department of Public Libraries (DPL) organised the press conference marking the National Library Day-2022, to be observed on February 5.

Speaking on the occasion, Mr Monsur said the government was currently running a number of projects, including introducing mobile libraries across the country, renovating Muslim Institute Cultural Complex, Chattogram, extending online services and setting up Bangabandhu and freedom fighter corners at all public libraries, and constructing multi-storey building at the Department of Public Libraries.

Some other projects, including constructing district-level library buildings and setting up a research centre and Sheikh Lutfor Rahman Library in Gopalganj, are in the pipeline.

The central library started its journey on February 5, 1958. It was then based on the Dhaka University campus under the cultural division of the education ministry. Later, the library was shifted to Shahbagh in 1977.

Currently, there are some 71 public libraries under the Ministry of Cultural Affairs.

Responding to the query of a journalist, Mr Monsur said procurement of books for public libraries was done by maintaining transparency.