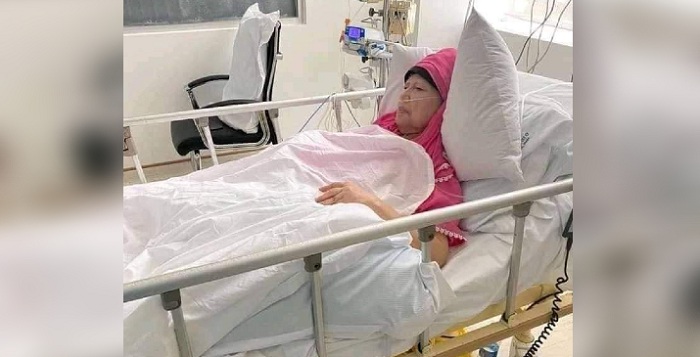 “Doctors are saying the complete treatment of the diseases she (Khaleda) has been suffering from is not possible here. She needs to go to a multi-disciplinary quality hospital or centre that can treat all the diseases altogether,” he said, reports UNB.

Speaking at a discussion, the BNP leader said Khaleda’s doctors have also made it clear that there is no such hospital in Bangladesh that can provide the treatment of her all diseases at once. “She has to go outside the country (for that treatment.”

He also asked the government as to why Khaleda Zia is not being granted bail. “Begum Zia does not want mercy from you. You ensure the bail as she deserves it. Everyone has been given bail in such cases. I know no one is left. Then, why aren’t you giving her bail?”

Fakhrul said Khaleda was admitted to Evercare Hospital in the city on Tuesday as she is ill.

He said their chairperson’s various health complications turned critical as she had not been given proper treatment during her stay in jail.

The BNP leader said Khaleda has been suffering from low fever for a few days.

The BNP leader said as their party chief did not have any medical tests since she was discharged from the same hospital on June 19. “So, she was taken to the hospital as per doctors’ advice for further tests and treatment.”

A medical board, led by Dr Shahabuddin Talukder, has been providing her treatment for various diseases.

On April 27, Khaleda Zia was admitted to Evercare Hospital with Covid infections. She received treatment there until June 19 for post-Covid complications and some other underlying health problems.

Amid the coronavirus outbreak, the government freed Khaleda Zia from jail through an executive order suspending her sentences based on two conditions on March 25 last year.

As per the conditions, Khaleda Zia will not be allowed to go abroad for treatment as she will have to stay home and receive treatment there. She was released earlier on the same conditions.

The BNP chairperson’s doctors said she has been suffering from rheumatoid arthritis, diabetes, ophthalmological and dental complications.

Her family applied to the government twice in May and August this year seeking permission to take her abroad for better treatment, but the government turned it down saying there is no scope for a convicted person to avail of such a scope.