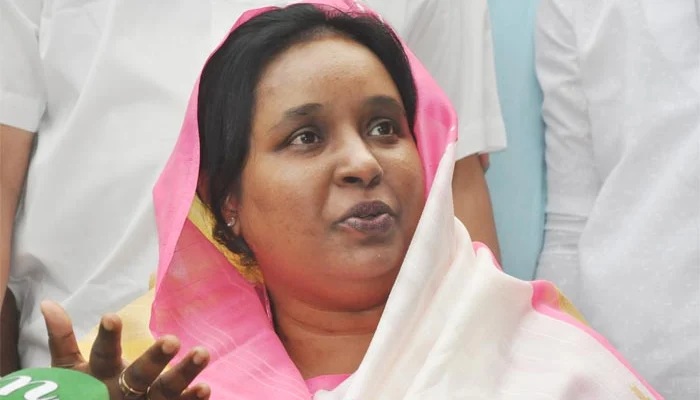 Awami League mayoral candidate in Narayanganj City Corporation (NCC) election Selina Hayat Ivy has said it is not she but the media who is always busy with Shamim Osman.

“I don’t know for which symbol Shamim Osman will campaign for, I don’t need to know. People support me,” said Ivy told journalists in front of the city unit Awami League office on Monday morning.

Ivy further said, “Looking at the past elections, it can be seen that no matter what happens, the elections are held in a festive atmosphere here, it would be happen this time too. It is not me but the media is always busy with Shamim Osman. I am busy with my people.”

“I don’t know why Shamim Osman takes position against the party’s decision. I don’t even know what he will say at the press conference. It doesn’t matter to me whether he supports me or not.”

She said, “He (Shamim Osman) is talking much against me, which he should not have said. He knows not only me but also my father. The allegations he made at the press conference held yesterday are completely unfounded. Shamim Osman has been building this ground against me for the last one-and-a-half year.”

Mentioning that works of the local government work is a continuous process, Ivy said, “Narayanganj city residents have always found me with them in any purpose. They will choose me. Because when the people of this city could not speak at all, they were afraid, I don’t know where the other candidates were.”

I have not seen any candidate so vocal in my last 18 years, she added.

Ivy added, “My voters are fixed. The people of Narayanganj have decided from whom they will vote for. I will secure victory by a big margin.”